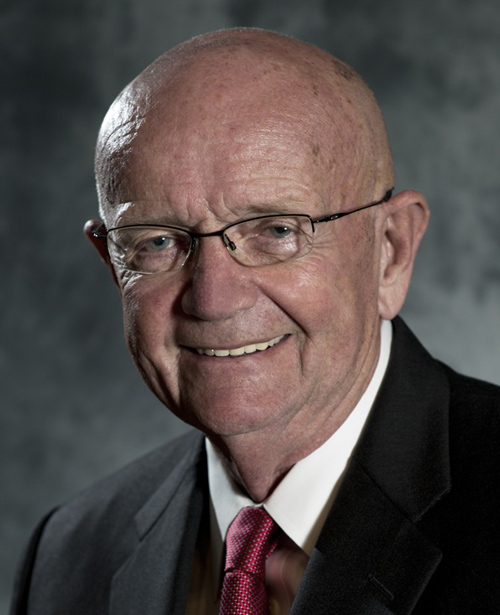 General Gordon R. Sullivan currently serves as the Founder and Chairman of the Board at the Marshall Legacy Institute (MLI). The MLI is a humanitarian organization formed in 1997 to promote hope, growth and stability in war torn countries by providing Mine Detection Dogs to eliminate land mines. He is also a member of the MIT Lincoln Labs Advisory Board, a Life Trustee of the Woods Hole Oceanographic Institute and a member of the President’s Council of the Woodwell Climate Research Center.

General Sullivan served as the founding Chairman of the CNA Military Advisory Board on Climate Change and National Security.  Founded in 2007, the CNA Military Advisory Board was the first group of senior retired US generals and admirals to address the national security implications of climate change.  Their landmark report, National Security and the Threat of Climate Change, characterized climate change as a “threat multiplier” and helped educate a generation of military and civilian leaders on the risks of climate change to our armed forces.  Gen. Sullivan addressed the risk of climate change:  “We never have 100 percent certainty.  We never have it. If you wait until you have 100 certainty, something bad is going to happen on the battlefield.” The CNA Military Advisory Board has issued multiple reports, including National Security and the Accelerating Risks of Climate Change in 2014.

He is also Chairman Emeritus of the Board of the Army Historical Foundation. In this capacity, he led the Capital Campaign to construct the National Museum of the United States Army at Fort Belvoir, Virginia. The Museum project recognizes the contributions of over 30 million American men women who have served in our Army.

From 1998 until 2016, General Sullivan was the President and Chief Executive Officer of the Association of the United States Army, headquartered in Arlington, where he oversaw
the transformation of the association into a dynamic, member-based organization that continues to represent Soldiers, Army families, and the defense industry.

Born in Boston, Massachusetts and raised in Quincy, he earned a Bachelor of Arts degree in history from Norwich University and was commissioned a second lieutenant of Armor in 1959. General Sullivan retired from the Army on July 31, 1995, after more than 36 years of active service. He culminated his uniformed service as the 32nd Chief of Staff—the Army’s senior general officer—and a member of the Joint Chiefs of Staff. He also serves as Chairman Emeritus of the Board of Trustees of Norwich University.

In addition to his numerous military awards and decorations, he is also the recipient of the AUSA 2016 Marshall Award, the West Point Association of Graduates’ Sylvanus Thayer Award and a member of the Sergeants Major Academy’s Hall of Honor.

General Sullivan currently resides in Falmouth, Massachusetts with his wife Lori. He has three children and three grandchildren. He is an avid reader, amateur historian, and active sailor and sport fishing enthusiast.